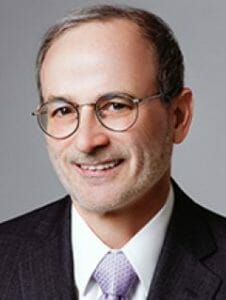 Elliot Ganz is the LSTA’s Head of Advocacy and Co-Head of Public Policy. Since 2005 he has managed all legal issues and co-headed its government policy and advocacy efforts. He is a 1980 graduate of New York University School of Law and a 1977 graduate of Queens College, City University of New York. Before joining the LSTA Mr. Ganz worked for three years at a Wall Street law firm followed by 22 years in senior legal positions at four major US and international banks. He is a member of the bar of the Supreme Court of the United States, a fellow of the American College of Commercial Finance Lawyers and served as a member of the Committee on Financing Chapter 11 of the American Bankruptcy Institute’s Commission to Study the Reform of Chapter 11. Mr. Ganz has supervised the filing of over 25 amicus briefs on important loan and bankruptcy-related cases, including three briefs supporting successful appeals to each of the New York Court of Appeals and Supreme Court of the United States. In 2018 he supervised a successful lawsuit under the Administrative Procedure Act against the Securities and Exchange Commission and the Federal Reserve Board on the critical issue of risk retention under the 2010 Dodd-Frank Act.