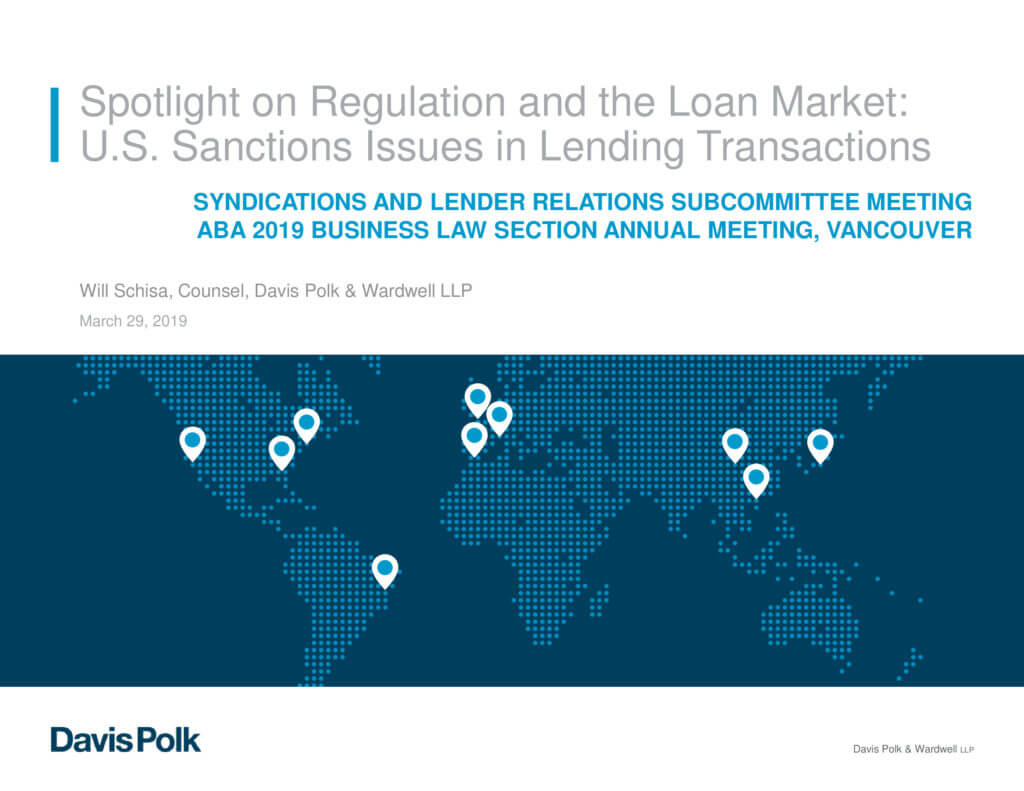 At the semi-annual meeting the ABA Subcommittee on Syndications and Lender Relations chaired by Tess Virmani, the conversation continued with an update on developments in the U.S. sanctions regime. Presenter Will Schisa (Davis Polk & Wardwell) described the recent new developments with respect to Venezuela (including their state owned oil company, PdVSA, which has been designated an SDN), Iran (including a discussion of the “significant reduction” exception for certain countries that have reduced the purchase of Iranian crude in recent months), and Cuba (earlier this month, the US State Department announced that it would permit actions under the Libertad Act which authorizes US nationals that own claims to property confiscated by the Cuban government to sue for damages any person who traffics in such property).